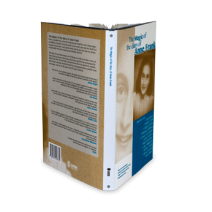 How is it possible that a diary of a thirteen-year-old girl has such a huge impact on millions of people all over the world, even seventy years after her death? Is it because we know how cruel her life would end? Because her diary was written exceptionally well and so many people identify with her? The Diary of Anne Frank means a lot of things for us and for our time, as you can read in the interviews in this book, which were taped for the documentary The Magic of the Diary of Anne Frank.

All interviewees have one opinion in common: Anne Frank’s message should be heard by as many generations as possible. Anne was unique. And we are all Anne, even if it’s just a little bit. Includes interviews with: Dan Brown Wesley Clark Gloria Estefan Whoopi Goldberg Carice van Houten Jesse Jackson Ruth Messinger Chris Mikkelsen Jeffrey Wright Stevie Wonder And many others.